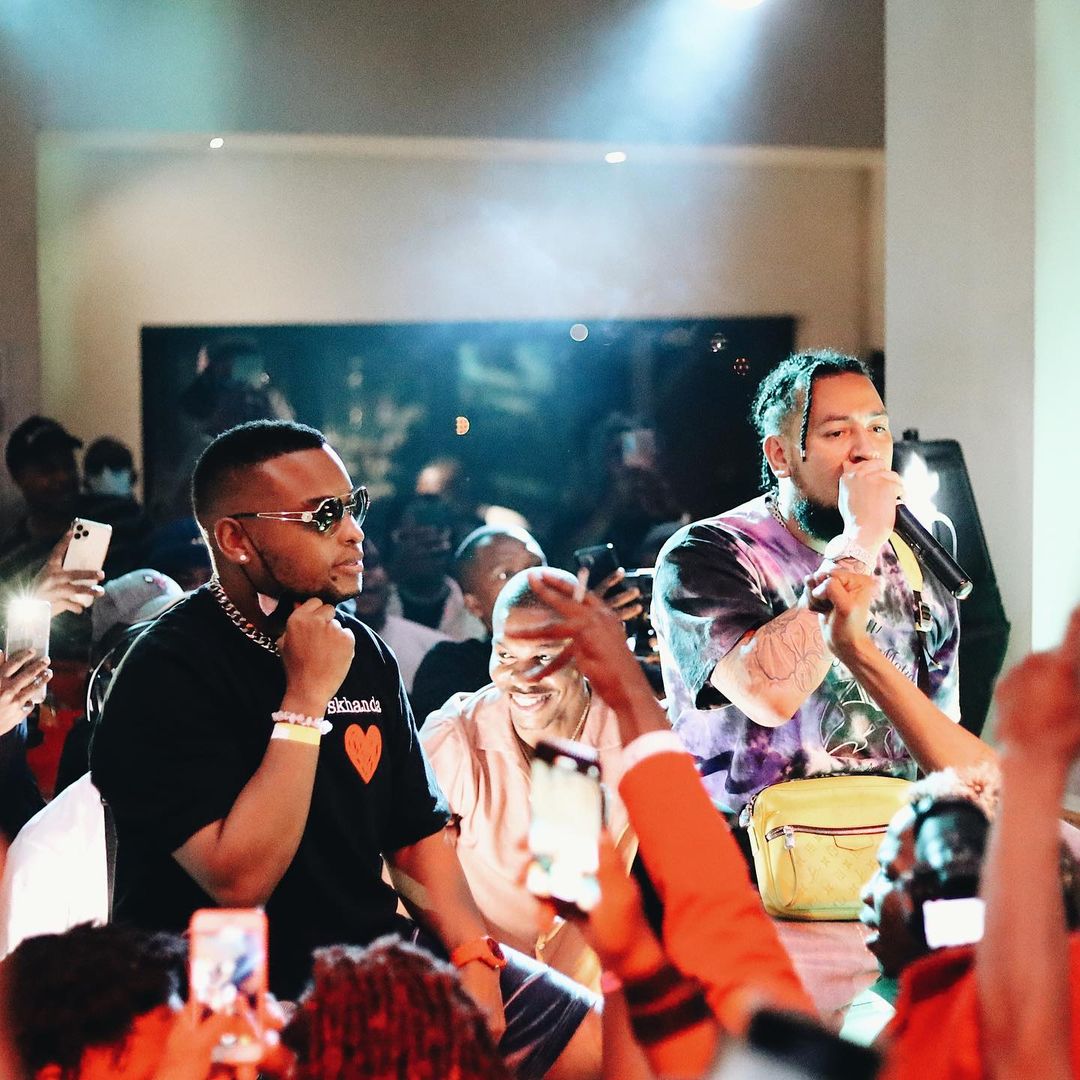 Watch! K.O And AKA Reunite To Perform Smash Hit ‘Run Jozi’. When the beat to AKA and K.O smash hit, Run Jozi drops crowds are known to get going. The 2014 smash hit to put the spotlight on the then young rappers along with Yanga Chief who features on the song. Run Jozi dominated the airwaves and charts at one point. It has been a while since fans were able to catch the artists performing the song. However, recently a few fans were in for a treat when they got to see the rappers reunite for the performance.

K.O performed alongside AKA at Yanga Chief’s Famous Friends event, which aims to unite SA Hip Hop. The rappers showed fans at the event that they still have what it takes to get crowds going. As the reception to the performance was just as warm. The event scene in South Ah is opening up and everyone is in a festive mood. More artists have returned to performing across the country and are booked and busy. Famous Friends is an event for Hip Hop enthusiasts to engage and reignite the spark in Hip Hop and this reunion might have assisted in doing so.

Run Jozi features on AKA’s album, Levels and is one of the singles on the album that reached Gold status. The music video has over 3 million views on YouTube. The song was certainly a big deal in its time and one of SA Hip Hop hottest collaborations. At one point, Yanga Chief was not credited on the hit song, something that got the streets talking but the rapper in an interview with OkayAfrica reflected on understanding why the moment happened. At the event, several SA Hip Hop acts performed, Yanga had explained in an interview with SlikourOnLive, that there would be no formal stage or structure of the lineup and artists would just perform as they go. SA Hip Hop rap OGs Slikour and Suggasmash of Skwatta Kamp also performed.

While the day was all about celebrating all things good in SA Hip Hop it couldn’t be without any drama. A brief fracas broke out after Nota confronted Stogie T and the two had a mini tiff. Nota went on several Instagram Lives and shared several posts detailing what went down between Stogie and him. The Diamond Walk hitmaker responded to everything Nota had to say in a single statement. “Yesterday, at an event touted as bringing hip hop together for the love of the culture, I was minding my own business when Nota encroached my section. I interpreted this as a provocation and gestured for him to leave and an unfortunate fracas ensued,” read his statement.