American rapper, singer, and songwriter, Coi Leray Collins, mononymously known as Coi Leray, has revealed the list of features that will be on her forthcoming debut album. The rapper’s debut album which is titled ‘Trendsetter,’ was announced in March. The album will be the Boston, Massachusetts rapper’s first project since her 2020 debut E.P., ‘Now or Never.’

The rapper who is, legendary hip-hop promoter, Benzino’s daughter, revealed that the album slated to be released on April 8, 2022, will feature guest appearances from some of the Industry’s best and biggest artists. 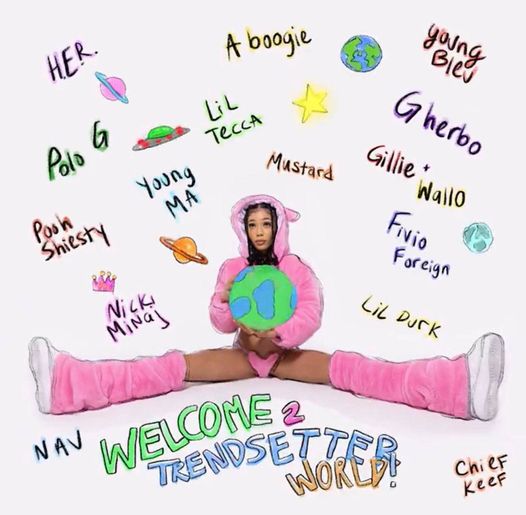 This announcement is coming just after her big collaboration ‘Blick Blick,’ with self-acclaimed Queen of Rap; Nicki Minaj. The song peaked at number 37 on the Billboard Hot 100 Chart, making it the 24-year-old’s second-highest performing song on the chart.

If you enjoyed reading this article, do not hesitate to share with friends via all social media handles.

Comprehensive Report: All You Need To Know About The Meek Mill Experience in Ghana AfroNation

Chance the Rapper To Bring Free Concert and Festival to Ghana

Would Cameroon Rapper, Drizz End The Year With “Vex” or There’s More?