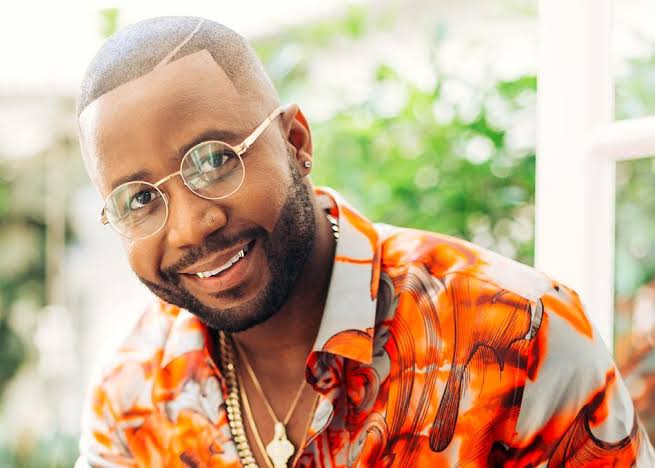 Watch! Like His Father, Cassper Son Is A Bentley Boy. Cassper Nyovest is one of South Ahh’s most talented Hip Hop acts, the rapper wears many hats from producer to businessman but his favourite title has to be dad. Last year, the award-winning artist welcomed his first child, a boy named Khotso. Cassper has not revealed his son’s face but he often shares moments with apple of his eye on social media with his followers. While Khotso may only be one it’s seems he is already following in father’s footsteps when it comes to the finner things in life.

Cassper recently took to social media to show off, Khotso’s new set of wheels which is identical to his father’s. In a video posted by Cassper, Khotso’s is seen driving a kids version of a drop top Bentley. Khotso’s Bentley is also white like his father, and just like his father he has a personalized number plate. Khotso got the Bentley children’s car as a gift for his first birthday, just like his dad who got himself a new Bentley when he turned 30 last year. Khotso’s mini Bentley is said to cost a hefty, R26 000. In his caption Cassper shared that Khotso is a Bentley Boy and is ready for summer. “Asbonge!!! Dankie K Man!!!! Bentley Boyz! He ready for the summer!!! #SummerYaFame,” wrote the rapper.

Cassper is working hard on providing the best for his son and has been open about creating a legacy for his son. Cassper unfortunately missed Khotso’s 1st birthday as he was on a mini tour out of the country. While the rapper was not home for the celebration, he certainly made sure to make it the best he could, he even got a UK crowd to sing Happy birthday to his son during a performance. Cassper posted a video of the special moment and wrote in his caption “Manchester sang Happy Birthday for my son Khotso aka Simba last night. Couldn’t be there for his first birthday but Manchester made it special for me. I’m sure he will feel the love from all the way in South Africa. I love you buddy! You inspire me! I do this for you!!!”

Mufasa now that he is back home in Mzansi he is spending all the time he can with his son. This is not the first time, Khotso has made waves because of the luxury items, his parents have bought for him. Khotso’s stroller, which is international brand Cybex caused quite the reaction on social media. The Jeremy Scott designed stroller costs an estimated R33,604.20.